The Basement Club - What is music?

Of course, there are many many clubs in Second Life. You will find something that you will like and playing the music you enjoy.


The DJs here will play a variety of eclectic tunes from Underground 80s to Indie and Trance style chill. It is a different experience for sure and what you will find are people who like this kind of music. It is kind of like art, you appreciate the music.


What is music?
It’s what comes out of the speakers when we play a CD on our stereo. It’s what we hear on the radio. Music is singers singing and musicians playing. Music is a sound that we enjoy hearing. Is this a proper answer to the question “What is music?”?


By analogy, a good answer to the question “What is music?” will say something about the detailed mechanics of music: instruments, notes, scales, rhythm, tempo, chords, harmony, bass, and melody. This matches up with the mechanical portion of the car explanation. It’s harder to answer the “What is it for?” part of the question.

A simple answer is that music is enjoyable it makes us “feel good”.

I could expand on this a bit and say that music creates emotions, or interacts with the emotions we already feel and, sometimes, it makes us want to dance.
Posted by Anjelikka at 8:05 AM No comments:

Falling on the 15th day of the first lunar month, Lantern Festival is the first significant feast after Chinese New Year, so-called because the most important activity during the night of the event is watching various wonderful Chinese lanterns. And because every household eats yuanxiao (a rice ball stuffed with different fillings) on that day, it is called Yuan Xiao Festival. For its rich and colorful activities, it is regarded as the most recreational among all the Chinese festivals and a day for appreciating the bright full moon, and family reunion.


When the festival comes, red lanterns can be seen in the street, in each house, and store. In the parks, lanterns of various shapes and types attract countless visitors. Visitors marvel that various lanterns so vividly demonstrate traditional Chinese folklore.

In Germany, children celebrate a special lantern festival too. I remember we would make our own lanterns but nowadays you can purchase a variety. On St. Martin’s Day in Germany, November 11th, children parade at night carrying lanterns. Sometimes the parade ends with a bonfire. Kids often go door to door caroling and receiving treats or money. People also eat goose and Wechmann (a sweet bread in the shape of a gingerbread man). 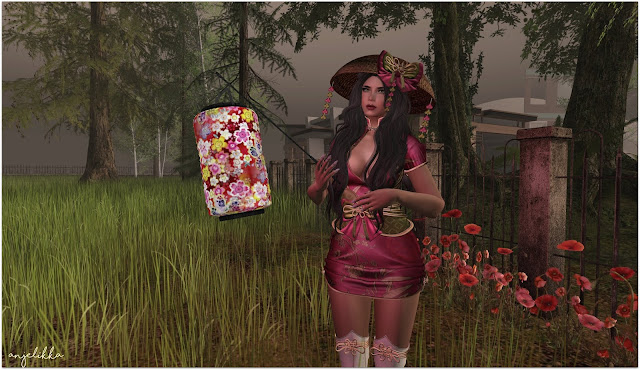 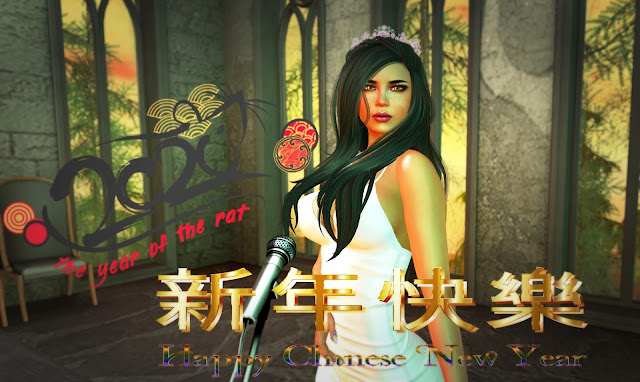 The phrase literally means “Happy New Year.” But in Hong Kong and other Cantonese-speaking regions, it's more common to say “gong hei fat choy.” In Mandarin Chinese, it's “gong xi fa cai” (恭喜发财). It means “congratulations on the fortune.”

In China, you'll hear it being called chunjie (春节), or the Spring Festival. It’s still very wintry, but the holiday marks the end of the coldest days. People welcome spring and what it brings along: planting and harvests, new beginnings and fresh starts.


You know those nosy relatives during Thanksgiving? It's even worse in China. Especially since having children and passing down the family name is one of the most important parts of Chinese culture.

Some desperate singles resort to hiring a fake boyfriend or girlfriend to take home. Those who can’t (or don’t want to) go home can rent themselves out. For some of the other questions though, such as your salary, career or when you want to have kids, can’t be helped.


Unlucky things
Colors: yellow, brown
Numbers: 5, 9
Posted by Anjelikka at 9:59 AM No comments: 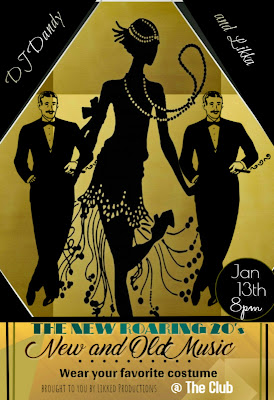 The Roaring Twenties refers to the decade of the 1920s in Western society and Western culture. It was a period of economic prosperity with a distinctive cultural edge in the United States and Europe, particularly in major cities such as Berlin, Chicago, London, Los Angeles, New York City, Paris, and Sydney. 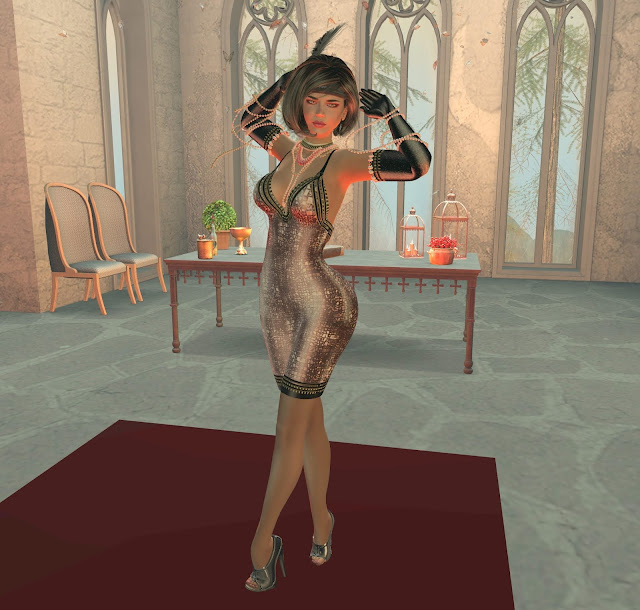 The introduction of sleeveless dresses made it important for women to remove “objectionable hair.” Prior to this revolution in ladies’ clothing, even the word underarm was considered shocking because of the body part’s proximity to a woman’s bosom. 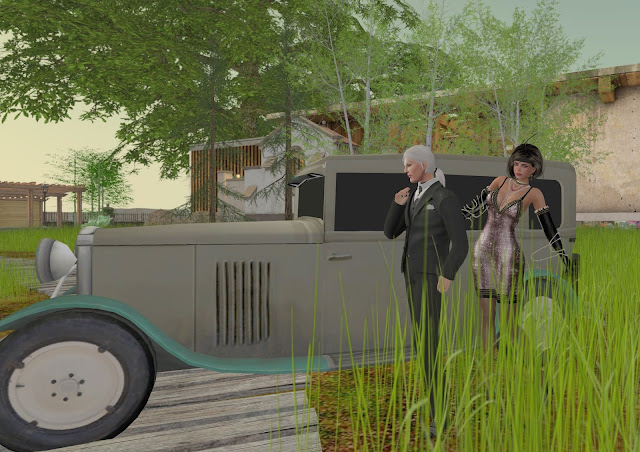 While the word teenager wasn’t used until decades later, the teenage mindset began during the 1920s with the wider use of automobiles, allowing adolescents less supervision, greater independence, and easier, more private access to “bedrooms on wheels.” 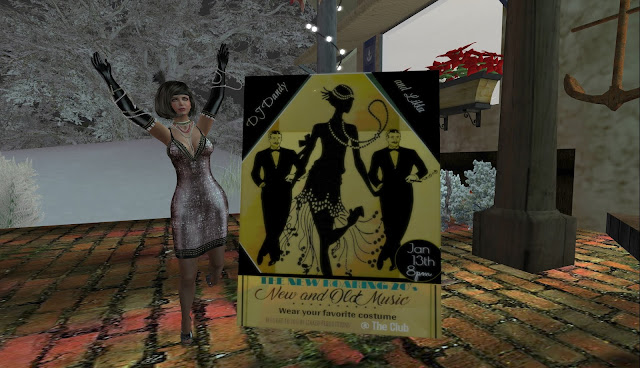 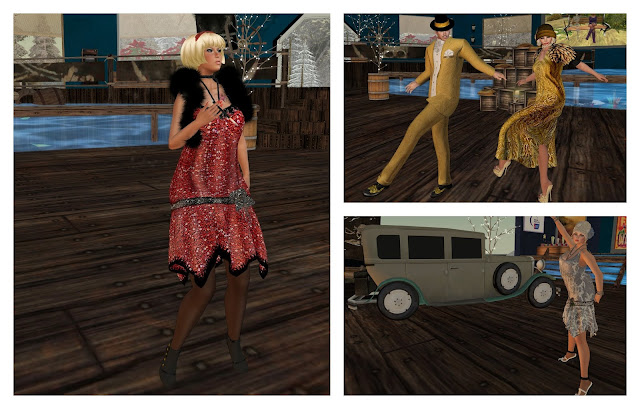 We truly enjoyed the 2020s party with many more to follow in this decade. Join us Monday Nights at the Club from 8-10 PM SLT. 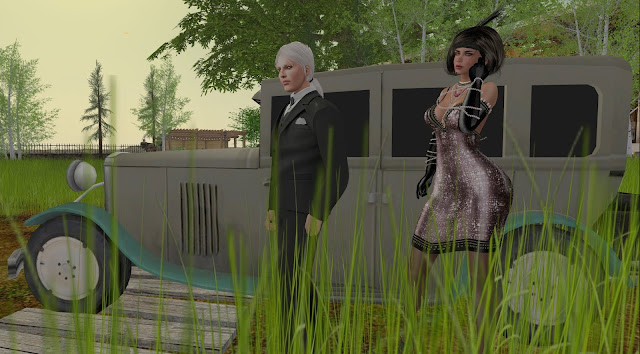 Posted by Anjelikka at 10:00 PM No comments:

Theatre on the Hill

The Winter Light Show 2020 was an amazing show all created by Mario2Helstein. Mario is also the owner of the M2D store which has some truly unique light effects for very reasonable prices.

There were at one point 92 avatars at this show. 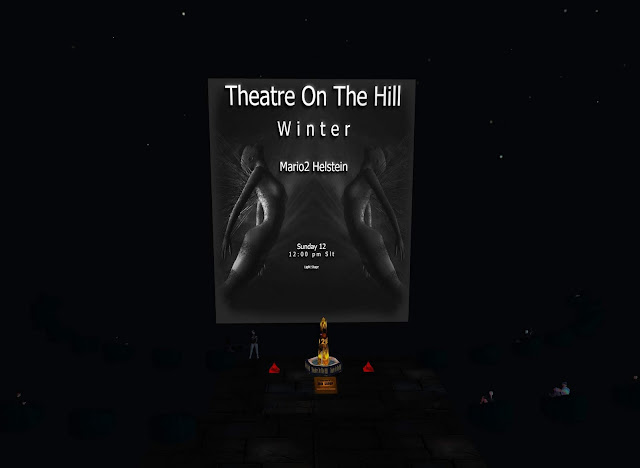 The music at the light show was a mix of trance that pulled you into the lights and made you forget for a moment that this is SecondLife. 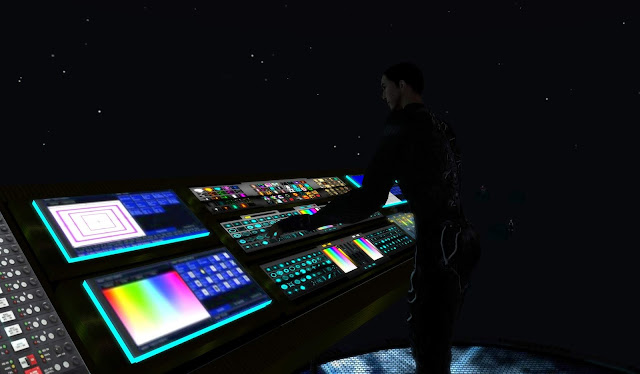 I highly recommend anyone to check out the video of the entire show, so you can get the feel of this. 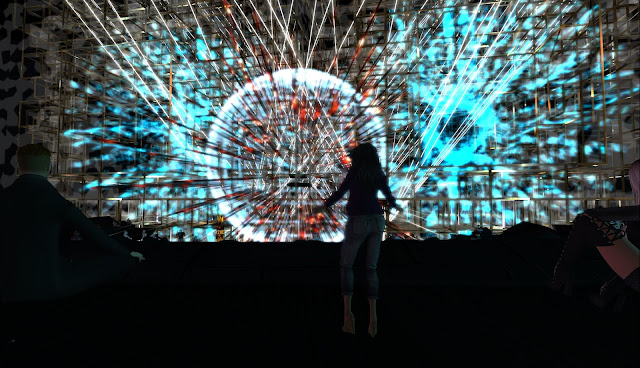 I also enjoyed the after-party with some great music and energy of people dancing in the lights. 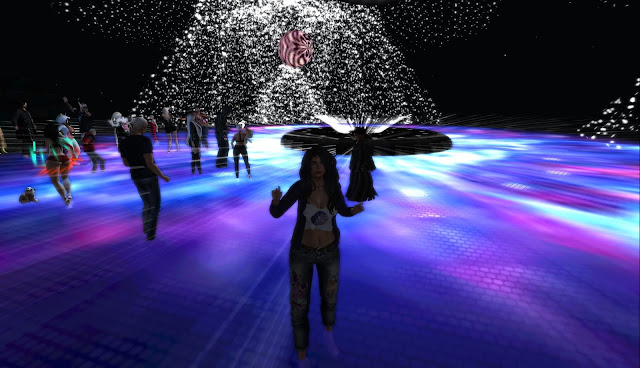 Posted by Anjelikka at 1:30 PM No comments:

To start the new year off I received a message from a club owner I DJ at. I had been working there for quite some time, in fact over 2 years. All of a sudden the owner questions me about having my own club, which I said yes I have one, but none of your patrons are coming to my club, because I do not advertise it.
I did not know about the rule, because when I applied to this place it just said come and apply, it never mentioned you cannot work here if you own your own club. Totally ridiculous!!!

"I'm looking for some quality DJ's and Hosts for permanent positions. We play all genres from 1980-1989, though we do give a bit of "wiggle room" to play a couple songs as far back as 75 and as forward as 92. If you are interested in working at a fun, friendly place with amazing staff and VIPs, DJ's and hosts keep 100% of their tips. We're a PG club, fun, and friendly. We've got the friendliest people on our staff, and our VIPs are amazing." 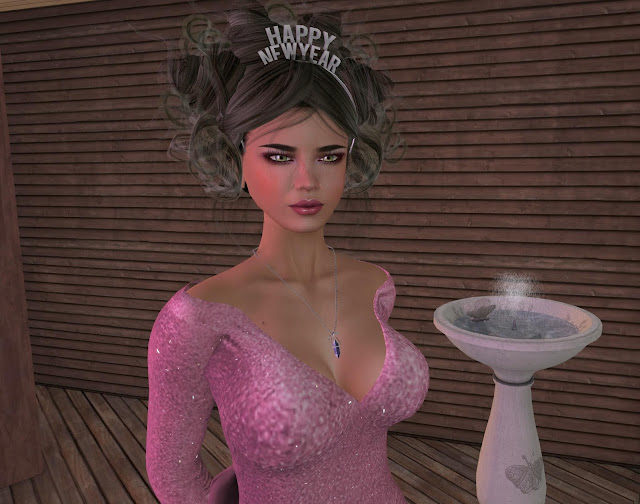 Now, she also said well we can keep it between us then. I decided NO, this is not fair to those who want to DJ and cannot because they own a club. You made this rule, let us honor it. I quit!

So Greed drives some of these club owners who are so afraid that their club will lose members. In my opinion that is a dumb way of thinking. People come because they like the music and the people, but if you make so many restrictions and drive people away, they soon will walk away. I hope you will be honest and tell those who ask what happened to me. 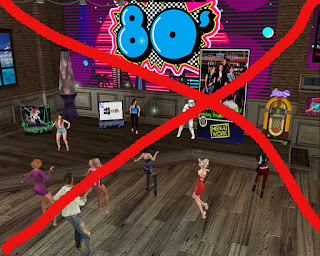 This so-called PG club allows child avatars to come to their club. Now that I find creepy and yes I read:

Note that child avatars are allowed on PG, Mature, and even Adult public parcels, provided with the latter that they are adult verified. Note that this does not necessarily apply to private parcels where one has the option to eject or ban as desired.

What club in the 80s allowed little kids to be there and dance and mingle with the crowd? That is right, none. What adult in their right mind would play a child in second life? Ok, so I hear those of you who are yelling, just let people be. True, they can be whatever they want to be BUT you have to draw the line somewhere. Playing a child in SL, in my opinion, is just creepy and not right. I work with little kids in RL and I sure would hate to see one of my students in my club.
Posted by Anjelikka at 9:23 AM No comments: 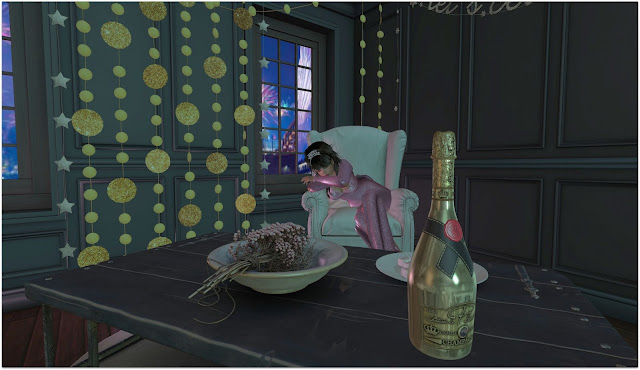 The party is over and another year has gone. A new decade to begin. Way back when the Romans had a god named Janus. He was the god of doors and gates and had two faces—one looking forward and one looking back. Julius Caesar thought it would be appropriate for January, Janus's namesake month, to be the doorway to a new year, and when he created the Julian calendar, he made January 1 the first day of the year (this also put the calendar year in line with the consular year, as new consuls also took office that day). 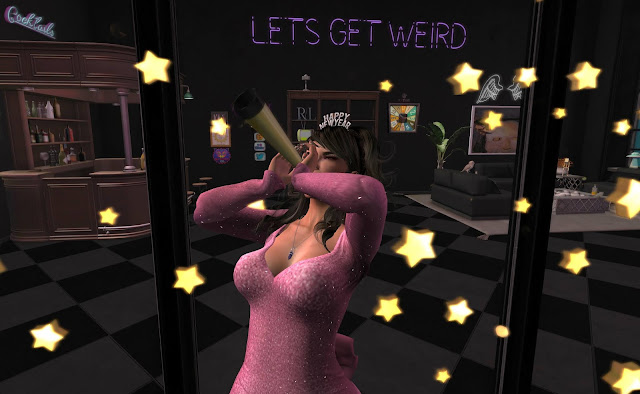 An error in Caesar's calendar had caused the Julian year to become misaligned with the solar year. By 1582, the difference had grown to 10 days. Over the years, the Spring Equinox (and, with it, Easter) kept getting moved up, and Pope Gregory XIII was tired of having to reset the holiday. Gregory devised a new calendar that used a single leap day every four years to keep it aligned. He also restored January 1 as the first day of the year. 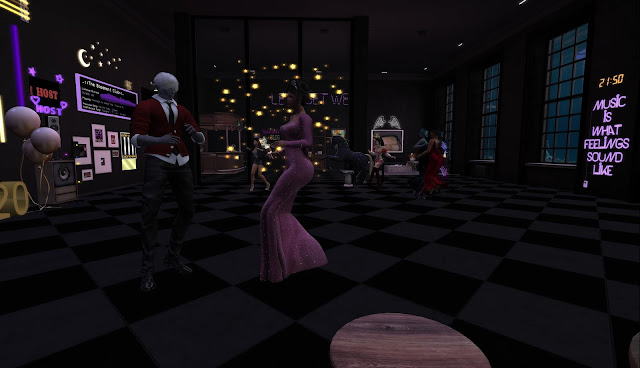 Happy New Year!!! May all your dreams come true this year or at least this decade.
Posted by Anjelikka at 3:56 PM No comments: