The Money is out of the Bag!

In this case, it is the DB COOPER MYSTERY HUNT. 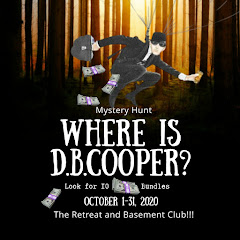 That is right, the hunt is on and all the money is literally out of the bag and can be found throughout the Retreat and Basement Club. All you have to do is take that plunge into the dark and stormy abyss and land in the wet forest.

Follow the riddles (if you can figure them out) and look for the bundles of money (10 of them). Each bundle contains some gifts and another riddle to guide you to the next stop. There is also a BONUS.

Make sure you turn your windlight to midnight and do not forget to put on a parachute so you can climb down the stairs and jump.

All gifts are free and even the fun is free, all I ask is that you let me know how you liked it so I can work on future projects. Thank you!!! 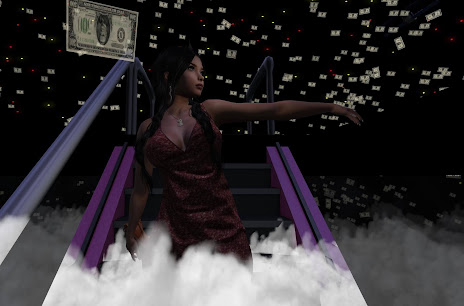 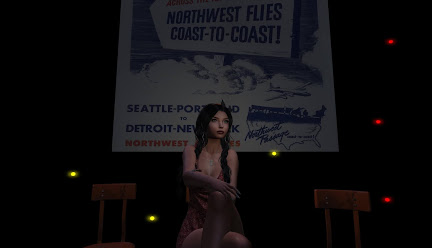 I am waiting for you. Come take the Flight 305 on Northwest Orient Airlines. You do not need any luggage or a passport.
If you take pictures you can post them here: https://www.flickr.com/groups/amretreat/
Posted by Anjelikka at 12:25 PM No comments: 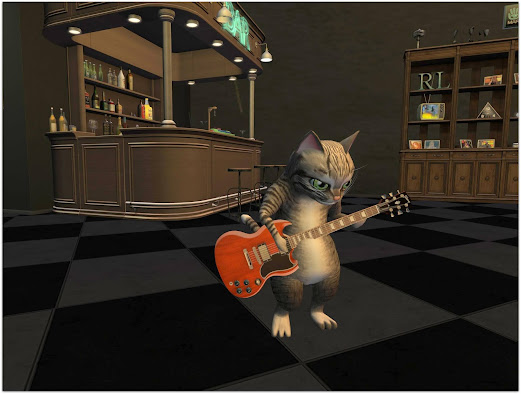 The Basement Club has a variety of music but also a variety of people. Not all are human forms, some have whiskers, some have ears and tails. You just never know who you will meet here.
One of America’s most popular pastimes is surprisingly absent from today’s culture. But maybe there’s a way we can get it back? What do you think? Is there a chance for people to be dancing like they used to?
Music today doesn’t seem to be written for the purpose of dancing as much as it may have been historically. Today’s tracks seem more heavily geared towards digital entertainment and viewership rather than physical instructions for your next rendezvous with the dancefloor. 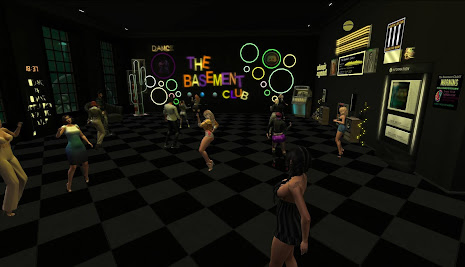 Because we’re constantly curating our ideal digital lives to our friends via social media, we may be consciously or subconsciously steering ourselves away from dancing in public because we’re too afraid of embarrassment or the possibility of humiliation.
So why not dance a little today in real life.
In a recent survey about dancing and the old school dances, Gen Zers admitted that they didn’t know what any of these iconic dance moves were called — or that they even existed. So I guess formal dances like in a ballroom are very foreign to them and maybe they refer that to Baby Boomer's moves. Although to be correct here the Baby Boomers did not invent that type of dance at all. Social or ballroom dancing was a staple of the so-called "Missionary" generation, born during and after the Civil War (1860-1882). It was adopted by the two following generations, basically, people born up to the mid or late 1920s.
It might interest you that ballroom dancing is still very popular in many central European cultures with Austria, and its capital Vienna, being a world leader in that area. Austrian teens spend many months attending dance classes and acquiring the skills necessary to succeed (or at least pass muster) on the dance floor.
Posted by Anjelikka at 4:13 PM No comments: 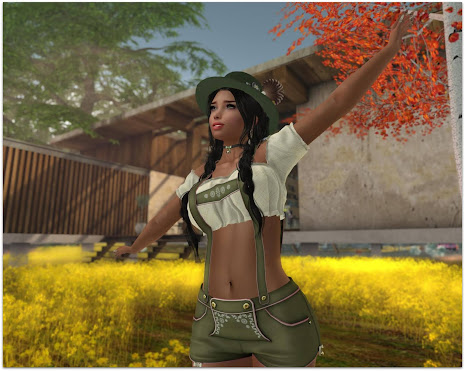 The party was such a hit, the public continued the tradition year after year, according to the official Oktoberfest celebration in Munich. Through the years, the party moved earlier into September to take place in better weather.

So while the last Oktoberfest weekend ends in October, it begins in September. 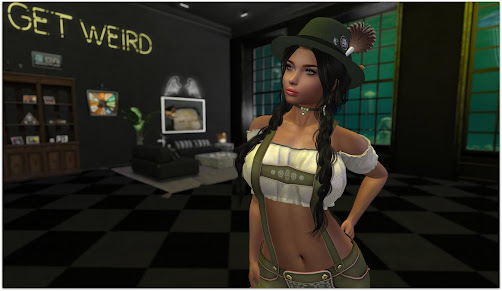 When people think of Germans, they think Lederhosen and Dirdlkleid and beer. This festival is not really celebrated in all of Germany, it is a Bavarian Festival. Bavaria is a state in Germany near the Alps
Just like the United States, Germany has different states and each state is different and has dialects and traditional foods and festivals. Wherever you are and whatever you celebrate I wish you lots of fun and laughter. Eat, drink, and laugh!!!!

Posted by Anjelikka at 10:43 PM No comments:

Autumn leaves fall and are swept out of sight... 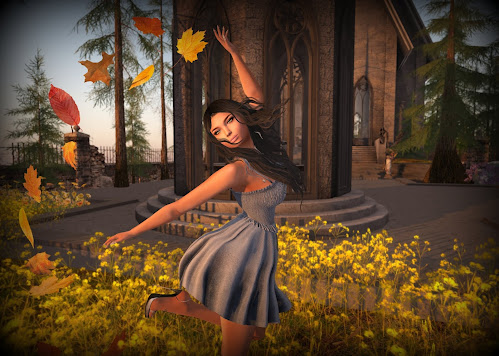 ....The words that you said have come true.
Autumn leaves fall and are swept out of sight,
So is the memory of a love that we knew.
The wind of forgetfulness blows them
Into the night of regret.
The song we so often did sing,
Is echoing echoing yet.
The falling leaves,
Drift by the window.
The autumn leaves of red and gold.
I see your lips,
The summer kisses,
The sunburned hands I used to hold.
Since you went away,
The days grow long,
And soon I'll hear cold winter songs.
But I miss you most of all, my darling,
When autumn leaves start to fall. 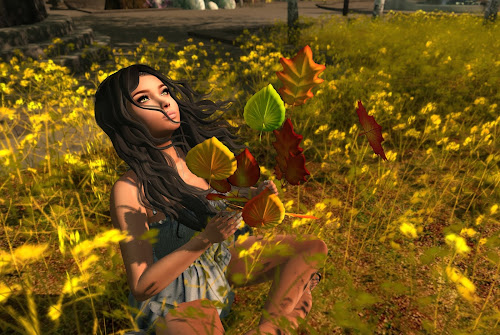 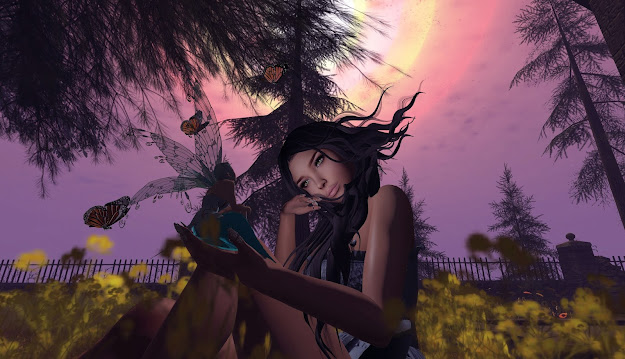 Posted by Anjelikka at 2:01 PM No comments:

19 years later and we still feel the sadness and pain this event has brought to us. I remember it clearly as it was yesterday. Driving to work on a military base just to find out that all of a sudden security was heightened to the max.

I remember " John" and the story I wrote and shared here in my blog some years back. Sometimes I have re-occurring dreams of planes crashing in my backyard and last night when I finally settled to bed I had to close the windows because it was not from the smoke of the wild California fires but the smell of jet fuel. 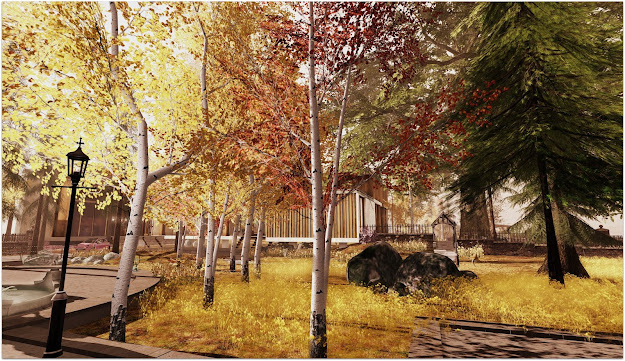 At the same time, my daughter comes downstairs and tells me she is scared because she saw something. Maybe you have also hauntings and weird experiences about this day and you like to share them.

Just remember to reflect and know how we were all united no matter what color, religion, or language we spoke. We all stood together. This is how it should be always. 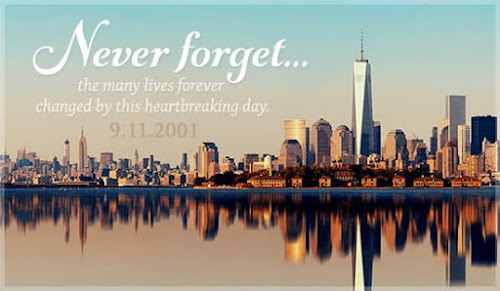 Posted by Anjelikka at 11:09 AM No comments: 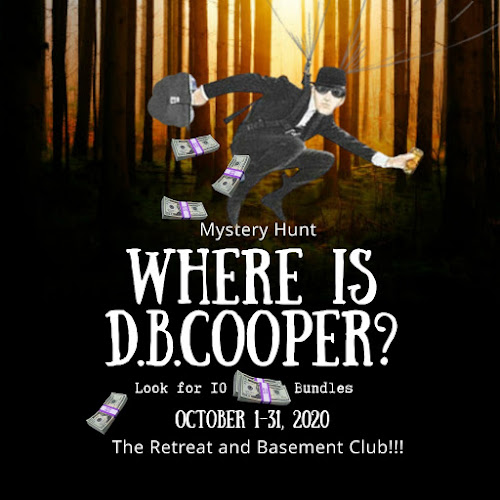 Take a parachute and get ready to jump into the abyss of darkness. Once you land look for 10 bundles of money, which contain riddles and prizes.
Good Luck!!! and do let me know how you liked it.
Starts on October 1 to 31, 2020 only here at the Retreat and Basement Club.
Starting plateform: DB COOPER JUMP

Posted by Anjelikka at 1:29 PM No comments:

The story of "John and Anita"

So, I read an interesting story the other day, it was about how some people have relationships because they are bored with the lack of passion and purpose in their own lives, and rather than looking within to find out why they feel that way, they get involved in a love affair and make that their purpose. I know someone in Second Life exactly like that and he carried this over to Real Life. 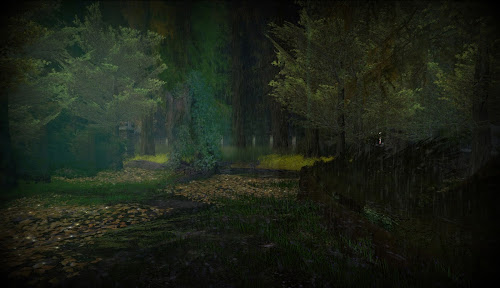 It is sad to me that this person escaped twice the abuse of women from his failed marriages. Let's call him "John". John has been in Second Life for over 12 years with many different avatar names and many many women he met along the way. Too many individuals only get married because they are desperate or lonely. Dr. Angelis is right when she says "when you are feeling lonely or desperate, you are much more likely to make poor love choices and end up in unfulfilling relationships." A lonely and desperate person will remain lonely after marriage. Some people are so emotionally empty that they are desperate for anyone to marry. In the end, these persons end up in a painful relationship.
Maybe that is why many men are in Second Life because of their unhappy relationships? Who knows. John failed all relationships in Second Life as well as in Real Life. Although he claims that he is now finally happily married in Real Life and in Second Life to the same person and if that is true, it would be great news. His new wife, let's call her "Anita" comes from a different country, who most likely seeks to be in a country that she normally may not be able to stay, but through marriage, she can. If you have deep places of emptiness within you, no partner, regardless of how much they love you, will be able to fill that emptiness.
Don't rush into things just because you are lonely. If you are unhappy and single, you'll probably be unhappy and married, too. Marriage does not fix personal, psychological, and emotional problems. If anything, marriage will exacerbate them.

If you are not happy with yourself and your life, take responsibility to fix it now while you are single. You'll feel better, and your future spouse will thank you.

Posted by Anjelikka at 11:51 PM No comments: