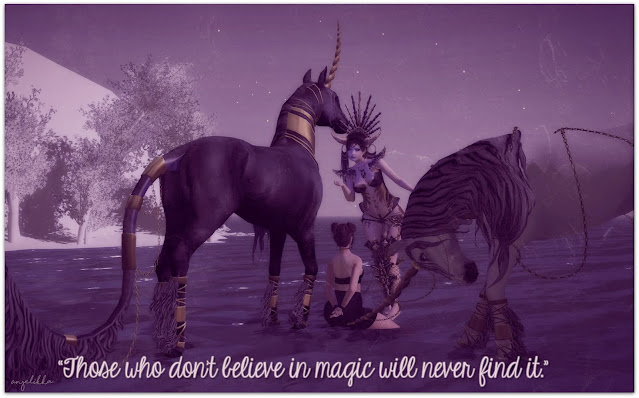 I suppose we can question the existence of the unicorn. Unicorns are real creatures and they have once existed. There are a lot of facts and research going around that has proven that unicorns did actually exist. Fossil remains have been found. Some people have seen it on a few occasions. And Scotland as a country has always had the unicorn as their national animal and also used it to build statues, create signs, and used as symbols.
National animals are representations of the spirit of a country. For instance, America has an eagle which is a symbol of freedom. Italy has a wolf which is an emblem of pack-like solidarity. Nigeria has horses that signify dignity. And many other countries have their various anima. England has a lion which is an illustration of strength. However, Scotland’s national animal is a little different. They chose an incredibly popular animal that some people are still arguing its existence – the unicorn. 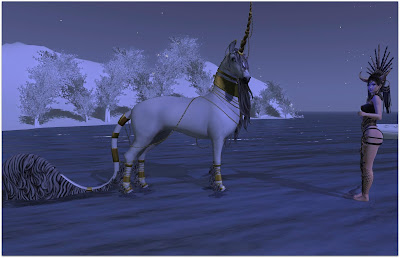 Whether you believe in magic or not, it does not hurt to have some fantasy within you. Unicorns symbolize purity and innocence. They haven't done anything and they are as pure as a baby. They simply wander with their own beauty and grace.
Believing gives us some sense of hope for something better and more peaceful and in today's world, we need this.

Why are unicorns so popular nowadays and why should you like them?

It's an age-old question, but it might be that the unicorn has become popular again because they're so rare. As a symbol of rarity and purity, there are many reasons to love them! In today’s society where everything is fake or tries to be something they are not, we need something new and refreshing - unicorns give us hope for what could come next. 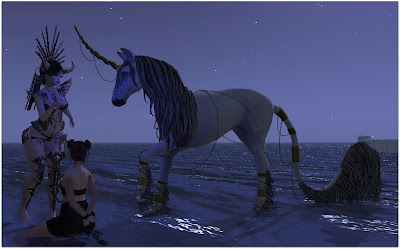 Here in Second Life we can actually see the unicorn and interact with unicorns. Have you ever ridden on a unicorn? Here you can, just like magic. So believe in it because it does exist and anything is possible when you come here.
Still skeptical? For those of you who believe in God, the unicorn has been mentioned many times in the bible.
Psalms 22:21: “Save me from the lion’s mouth: for thou hast heard me from the horns of the unicorns.”
Happy Unicorn dreams :)

Posted by Anjelikka at 9:30 PM