Naughty or nice? Some Christmas traditions.

I was checking this list over twice and I did not see my name on it. I really do not understand at all. I was a good girl. Then again this is a very creep Santa, I think he was checking me out and Mrs. Claus would not be pleased. 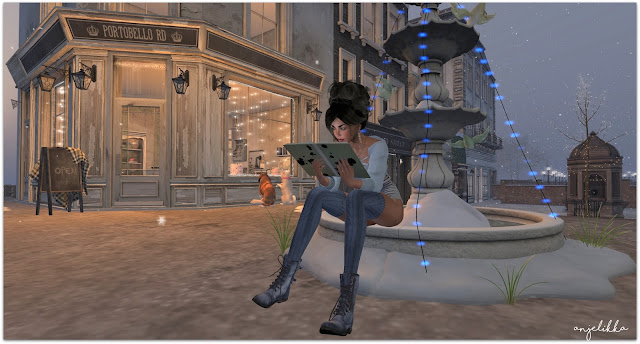 I decided to read up about the man and found out many different customs around him.

In 1863 He was given the name Santa Claus and bore the red suit, pipe, and his reindeer and sleigh.
Now Christmas celebrations vary greatly between regions of the United States, because of the variety of nationalities which have settled in it.

I love the one where it said: In California, Santa Claus sweeps in on a surfboard. Really? I would swear I would know about this, but then again I do not live at the beach.

In Poland, beautifully lit Christmas trees are placed in all public areas, outside churches and in homes. Traditionally the trees are decorated with shiny apples, gift walnuts, beautifully wrapped chocolate shapes and many homemade decorations and candles. On the top of the tree is a star or a glittering top piece. In many homes, sparklers are hung on the branches of the trees giving it a magical air. Sometimes the trees are left standing until February 2nd, the feast day of St Mary of the Candle of Lightning.

Can you imagine this in the USA? Here the Christmas decoration goes off with the Christmas wrappings you throw out on the next day. Seriously, we rush things way too fast.

In parts of Germany, people believe that the Christ Child sends a messenger on Christmas Eve. He appears as an angel in a white robe and crown, bearing gifts. The angel is called Christkind. There is also a Christmas Eve figure called Weihnachtsmann or Christmas Man, he looks like Santa Claus and also brings gifts.

I knew the idea was stolen from somewhere...you better be good now so you can be on the list.
Posted by Anjelikka at 7:55 AM