The Fourth of July – also known as Independence Day or July 4th – has been a federal holiday in the United States since 1941, but the tradition of Independence Day celebrations goes back to the 18th century and the American Revolution. On July 2nd, 1776, the Continental Congress voted in favor of independence, and two days later delegates from the 13 colonies adopted the Declaration of Independence, a historic document drafted by Thomas Jefferson. From 1776 to the present day, July 4th has been celebrated as the birth of American independence, with festivities ranging from fireworks, parades and concerts to more casual family gatherings and barbecues.

The great thing in Second Life is that you can see many firework all year round. I enjoyed the fireworks here on the roof at the Basement Club. 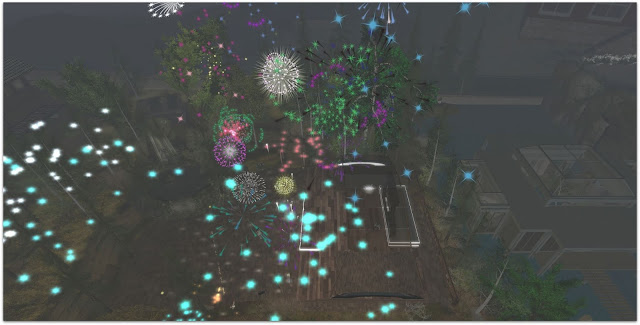 Wishing you all the best 4th of July ever, whether in Real Life or Second Life.


American people are fortunate to live in a country where their freedoms are guaranteed in a constitution that has been enforced since 1788.  Unfortunately, people all around the world are not as lucky to have freedoms we often take for granted.  Americans must be grateful for what they have, as well as advocate freedom around the world.
We enjoy freedoms that millions of people could only hope to have.  The First Amendment alone grants us the freedoms of religion, speech, press, and to peaceably assemble and petition the government.  In countries around the world, people can be jailed or killed for opposing the government.
Posted by Anjelikka at 8:59 AM